HARRISBURG – The House State Government Committee unanimously approved a measure sponsored by Senator Kristin Phillips-Hill (R-York) that would require the Department of State to post every step of the state constitutional amendment process to a publicly accessible website.

The fallout led to a 68-page report by the state’s Inspector General, who noted that “internal systemic failures” and lacking “consistent communication” led to the demise of the proposed constitutional amendment that was poised to be before voters during the 2021 Election.

Phillips-Hill said that during her meeting with Boockvar’s successor after the error was reported, the department only made internal changes and added new paperwork, but nothing was implemented to allow greater public accessibility to the process.

“The Constitutional Amendment Accountability Act is a major step in the right direction to bring accountability to an administration that failed victims through a major oversight. This measure, should the governor sign it, will allow every Pennsylvanian to track the process of every proposed constitutional amendment working its way through the legislative process,” she said.

“I commend Sen. Phillips-Hill for taking the initiative to hold public servants accountable. It is vitally important the work done in the Legislature is carried out and done correctly. Unfortunately, we saw last year how a mistake costs taxpayers money and took away the voice of the voters,” Grove said. “I was proud to vote for the bill in committee today and look forward to casting another vote in support when it reaches the House floor.”

The legislation now moves to the House of Representatives for further consideration. 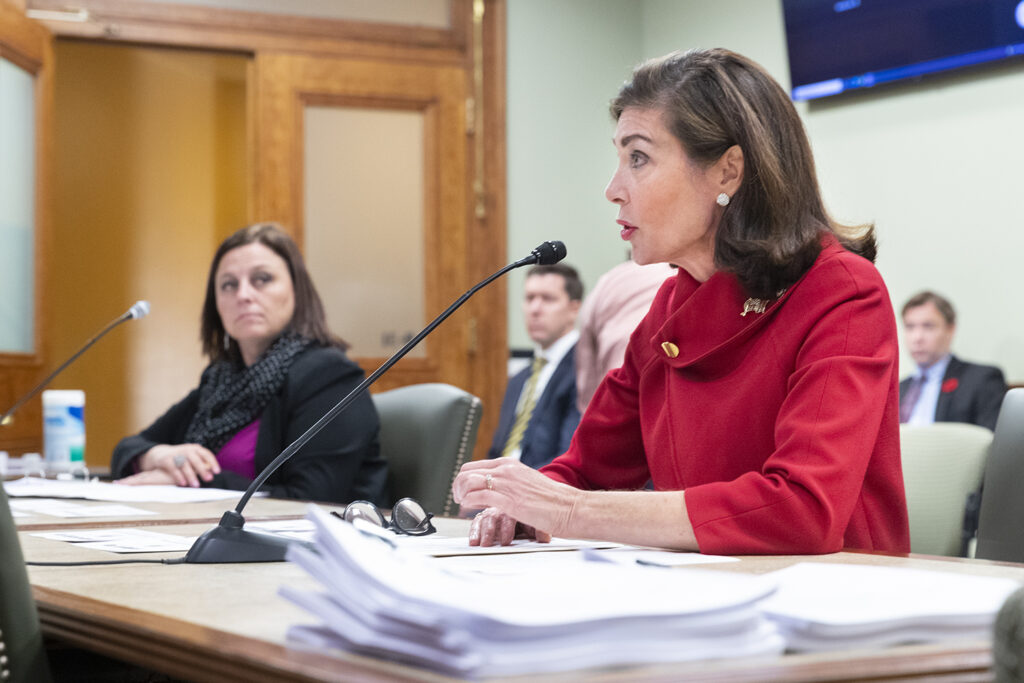 Senator Kristin Phillips-Hill (R-York) speaks in support of her legislation that would require the Department of State to post every step of the state constitutional amendment process to a publicly accessible website.