He approached Phillips-Hill and Grove about sponsoring legislation at the state level to designate March 6 as Persian Gulf War Veterans Day and Oct. 7 as Global War on Terrorism Veterans Day in the Commonwealth.

“Today, we are taking another step to recognize those who served during more recent conflicts,” Phillips-Hill said during the committee meeting Wednesday morning at the state Capitol in Harrisburg.

Phillips-Hill also noted the impact of Redding and his impact on local veterans in the community and across the Commonwealth.

“We are grateful for his tireless efforts to ensure that no veteran or his or her service to our nation is ever forgotten,” she added.

“Harold Redding, a veteran himself, has long been a vocal advocate for recognizing the brave men and women who served our country,” Grove said. “Today’s action by the House Veterans Affairs and Emergency Preparedness Committee is essential in ensuring those who served during the Gulf War and the Global War on Terrorism receive the honors they rightly deserve.”

The legislation would require the governor to annually issue a proclamation encouraging all public schools and educational institutions to observe these special days by conducting exercises recognizing the contributions and sacrifices made by these veterans.

The proposal now moves to the floor of the House of Representatives for further consideration. 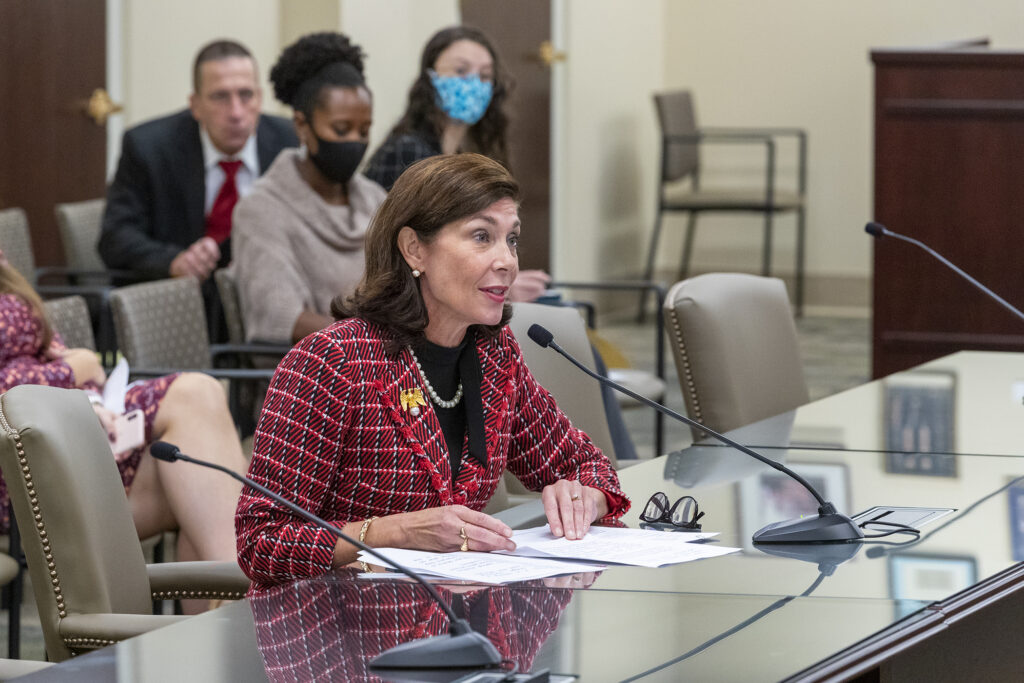 Senator Kristin Phillips-Hill (R-York) explains her legislation that was suggested by Spring Grove Vietnam Veteran Sgt. Harold Redding that would designate March 6 as Persian Gulf War Veterans Day and Oct. 7 as Global War on Terrorism Veterans Day in the Commonwealth.