HARRISBURG – For the second straight year, Senator Kristin Phillips-Hill (R-York) interrogated Pennsylvania Department of Transportation (PennDOT) Secretary Yassmin Gramian for a firm deadline on the completion of the Mt. Rose Interchange project during a Senate Appropriations Committee public hearing at the state Capitol.

During last year’s public hearing, PennDOT’s top official indicated that the project at Exit 18 on Interstate 83 keeps her up at night.

“To say it is a nightmare would be an understatement. The Mt. Rose Interchange project is now three years late and millions of dollars in cost overruns. I checked with our County’s 911 Director. Since 2015, there have been 255 calls for assistance at this interchange. What is the timeline on this never-ending project?” Phillips-Hill asked.

Gramian replied that the contractor indicated a competition date of May 11, 2021. The remaining work is to reopen both sides of Mt. Rose and complete final paving and markings by that time.

“I sincerely hope you are right,” Phillips-Hill replied when told the project would be finished in three weeks.

Phillips-Hill further pushed for guarantees that PennDOT is taking steps to make certain that this sort of debacle never happens again.

“This a very unique case,” Gramian said. “There were a lot of changes in the resources allocated to this project. I cannot think of any other project within Pennsylvania with these sorts of issues.”

Phillips-Hill pressed her and said that her answer does not give her any assurance.

“We are not going to let it happen again,” Gramian said.

“Madame Secretary, this project is three years overdue and I would strongly suggest to you that in the future, you create some kind of procedure to assure that contractors that engage in change-order-scheming and in this type of behavior in projects all across the United States do not have the ability to bid on projects and put anyone else through what we’ve been through,” Phillips-Hill implored Gramian. 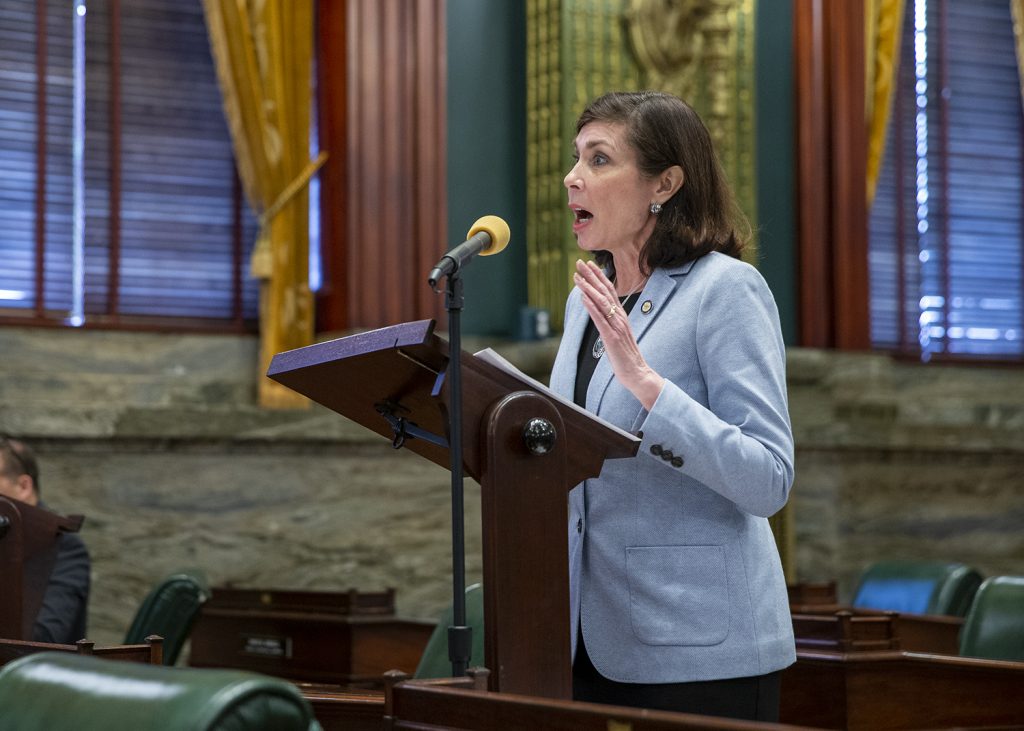