Senate Bill 341 would remove regulatory barriers to broadband deployment for landline telecommunications providers. The legislation, sponsored by Phillips-Hill, would update the Public Utility Code and require the Pennsylvania Public Utility Commission to waive certain regulations, review regulations every three years and eliminate those that are no longer necessary or in the public interest.

Senate Bill 442 looks to pull in new state revenue gained from a 20-year contract the Wolf Administration entered into that inserted a third-party middleman to negotiate the lease of state-owned assets to deploy broadband. The bill also requires the state’s Department of General Services to perform a complete inventory of all state-owned assets for the purpose of deploying broadband in unserved and underserved areas.

“The Commonwealth is the largest landowner with large swaths of state parks and forest land throughout areas that lack access to high-speed internet,” Phillips-Hill said. “If we can market assets owned by the state to broadband providers, we can help Pennsylvanians frustrated with no access to high-speed internet. This bill will help us know what opportunities the state has to be a key partner in closing the digital divide.”

In 2019, the commonwealth entered into a $100 million, 20-year contract – with the option to renew the contract up to an additional 10 years – with an out-of-state company to inventory state assets to expand broadband to unserved and underserved areas of Pennsylvania.

According to Phillips-Hill, the Department of General Services shifted the focus of this contract to marketing state-owned assets in more populated and profitable areas throughout the state with no mention of providing broadband internet to areas in need.

Phillips-Hill argues that the state’s contract awardee stands to gain potentially tens of millions of dollars on the deal without ever bringing high-speed access to a single home in Pennsylvania.

Her bill refocuses those revenues gained by the state from this contract to provide broadband in those unserved areas.

“If a major carrier wants to give the state a lot of money to put up a tower in Philadelphia or Pittsburgh, then that money could be repurposed to build out a broadband infrastructure in southern York County or Greene County,” she argued.

Both bills head to the full Senate of Pennsylvania for their consideration. 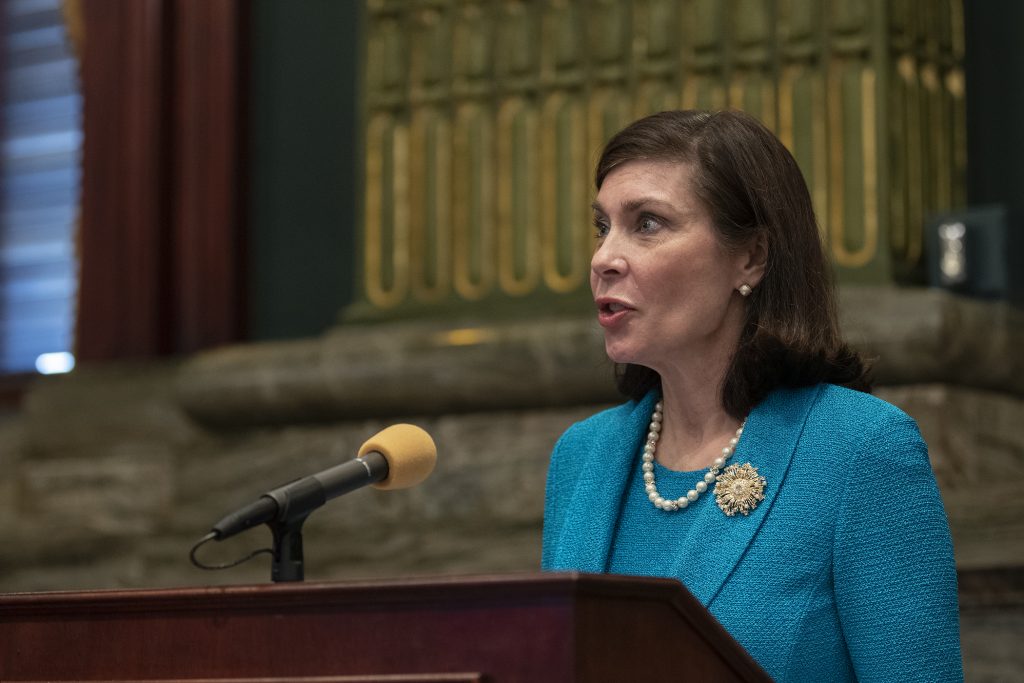 Senator Kristin Phillips-Hill (R-York) chairs a Senate Communications and Technology Committee meeting at the state Capitol in Harrisburg. The committee approved two bills dealing with outdated regulatory burdens faced by landline telecommunications companies, as well as providing a map of state-owned assets that could be used to deploy broadband in unserved and underserved areas.