Listen
HARRISBURG – Legislation that would eliminate a statute dating back to the 1800s that imposes fines and penalties on educators who wear religious garb was advanced by the Senate Education Committee today, according to the bill’s sponsors, Senators Kristin Phillips-Hill (R-York) and Judy Schwank (D-Berks).

Senate Bill 247 would eliminate Section 1112 of the state’s Education Code. The specific section prohibits teachers from wearing any dress, mark, emblem, or insignia indicating his or her faith or denomination. The senators argue it is a violation of First Amendment rights and is an archaic law.

Every state in the nation except Pennsylvania has removed similar laws. Nebraska was the last state to repeal their law in 2017.

A federal court case was brought forward in 2003 after a Pennsylvania teacher was suspended from her job pursuant to Section 1112 as well as the intermediate unit’s religious affiliations policy. Her suspension was due to her refusal to comply with her supervisor’s request that she remove or conceal a small cross she regularly wore on a necklace. The court ruled in favor of the teacher, who was rehired with back pay.

The court’s ruling found that the intermediate unit’s religious affiliations policy violates the free exercise of religion and free speech clauses of the First Amendment.

“This original law traces its origins back to the Ku Klux Klan, which helped to create similar laws across the nation in the late 1800s and early 1900s,” Phillips-Hill said. “Today, we are the last state to have this provision still on the books. I am pleased to see the Senate Education Committee unanimously approve this legislation to strengthen First Amendment rights here in the Commonwealth.”

“Whether a teacher wears a hijab, a yarmulke, a cross or other religious symbol representing their faith, the First Amendment of the U.S. Constitution guarantees their right to express their religious belief in their attire or grooming habits,” Schwank said. “This legislation recognizes that right and amends the PA Public School Code to conform to the law. I am pleased to join Senator Kristin Phillips-Hill in co-sponsoring Senate Bill 247.”

Senate Bill 247 advances to the full Senate for its consideration. 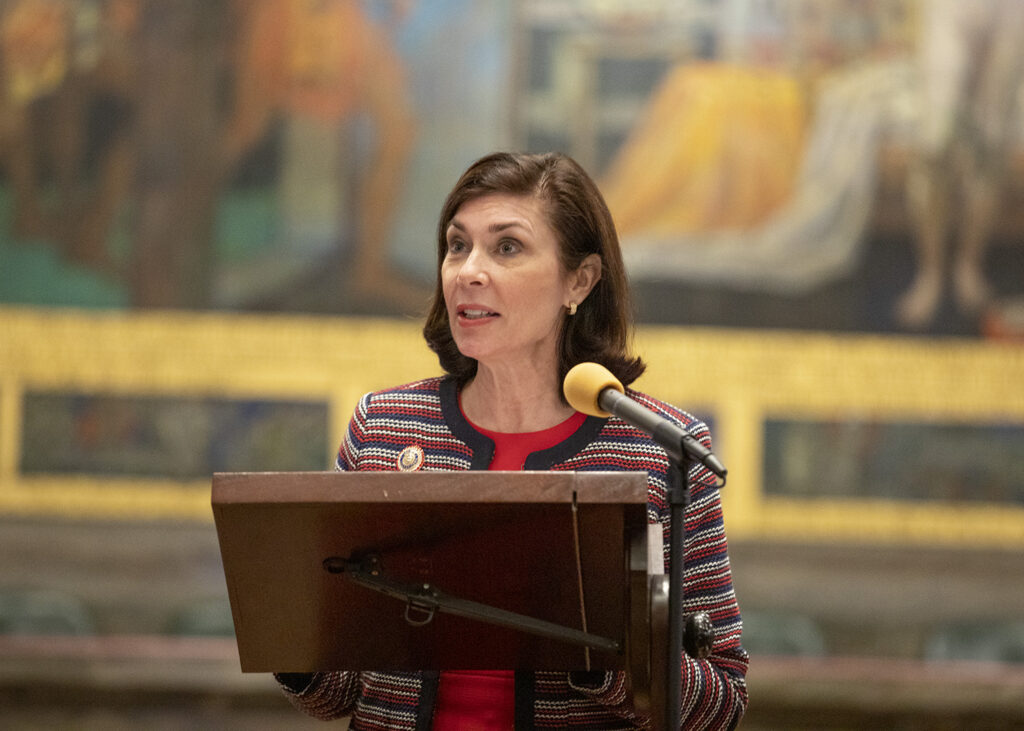 Senator Kristin Phillips-Hill (R-York) speaks in support of her legislation that would eliminate a law that penalizes educators for wearing religious garb. Pennsylvania is the last state in the nation with a law that punishes teachers for exercising their First Amendment rights.