HARRISBURG – A day after the Senate Communications and Technology Committee, chaired by Senator Kristin Phillips-Hill (R-York), held a wide-ranging discussion with stakeholders from all levels of government, including a Federal Communications Commissioner, on closing the state’s digital divide, the Senate approved two key measures to address access to high-speed internet.

The Senate passed Phillips-Hill’s Senate Bill 1112, which would break down barriers to broadband deployment. Her legislation would update the Public Utility Code and requiring the Pennsylvania Public Utility Commission to waive certain regulations, review regulations every three years and eliminate those that are no longer necessary or in the public interest.

“Many of the regulations which exist in the state’s Public Utility Code have been in place for decades while changes in technology and in the telecommunications marketplace have made these costly requirements unnecessary or illogical,” Phillips-Hill said. “Without modernizing our outdated laws, we will continue to see a widening gap in our digital divide.”

In addition to Phillips-Hill’s legislation, the Senate also approved House Bill 2438, which would aid in the deployment of broadband by using infrastructure that is already in place for other uses. Phillips-Hill’s committee approved the measure earlier this year.

The bill would allow electric cooperatives to utilize existing utility poles to place fiber-optic lines if the placement does not adversely affect the value or use of the property.

“We need to remove barriers to expedite the process to lay fiber optic cable and close our state’s digital divide. This legislation could save valuable time and resources to deploy high-speed internet across the Commonwealth,” she added.

Senate Bill 1112 and House Bill 2438 were sent to the House of Representatives for their consideration.

You can listen to her comments on Senate Bill 1112 here. 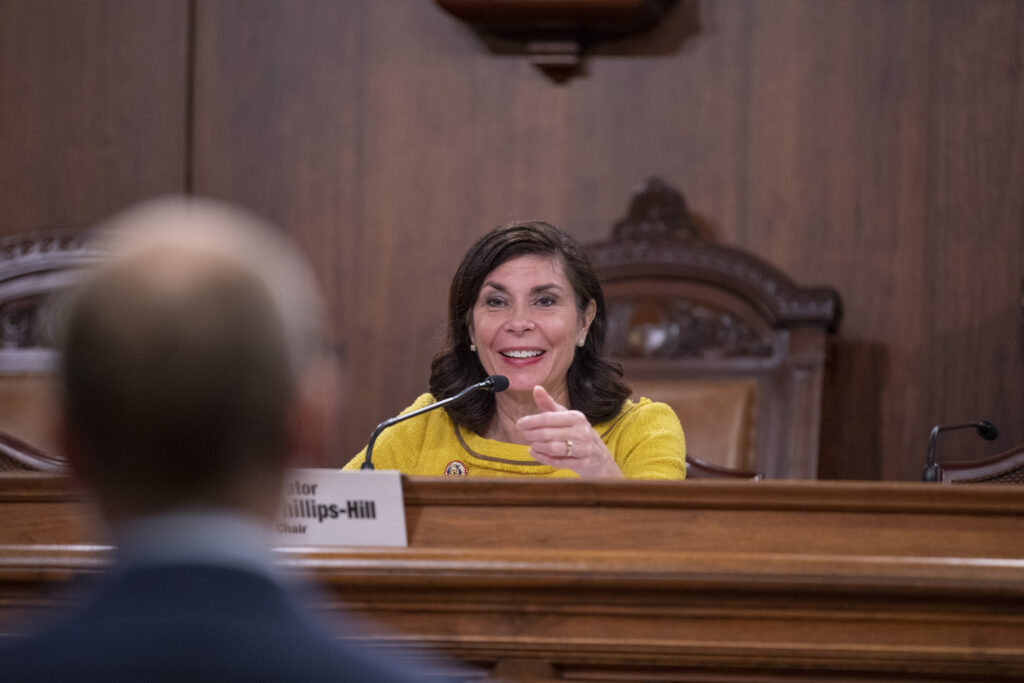