HARRISBURG – The Senate Communications and Technology Committee, chaired by Senator Kristin Phillips-Hill (R-York), convened twice this week at the state Capitol to hold a public hearing on the Department of Health’s forthcoming contact tracing smartphone app on Tuesday, and advance two measures aimed at broadband deployment and strengthening standards during a data breach of personal information on Wednesday.

“I have significant concerns over the state contracting with a firm based overseas to create a smartphone app aimed at tracking individuals in the Commonwealth. The department testified that the data collected may not be deleted for up to two years,” Phillips-Hill said.

“There were major questions raised by both sides of the aisle at this hearing,” she added.

On Wednesday, the committee unanimously approved House Bill 2348, sponsored by Representative Martin Causer (R-Cameron/McKean/Potter), that would create the Unserved High-Speed Broadband Funding Grant program and re-appropriates an existing tax credit of $5 million to the fund per year, which will be managed by the Commonwealth Financing Authority. This legislation is similar to Senate Bill 835, sponsored by Senator Wayne Langerholc (R-Bedford/Cambria/Clearfield), which was approved by the committee on August 26 and by the full Senate on September 8.

The committee also approved legislation sponsored by Senator Dan Laughlin (R-Erie) which strengthens the state’s Breach of Personal Information Act. Under Laughlin’s bill, a state agency that experiences a data breach would be required to provide notice of the breach within seven days of discovery. The state’s Attorney General would be notified within three business days of the breach.

Senate Bill 487 also requires notification of the District Attorney in the county in which the breach occurred within three business days.

Both House Bill 2348 and Senate Bill 487 were reported to the full Senate for their consideration.

More information on the committee meeting, including video of the hearing, can be found here. 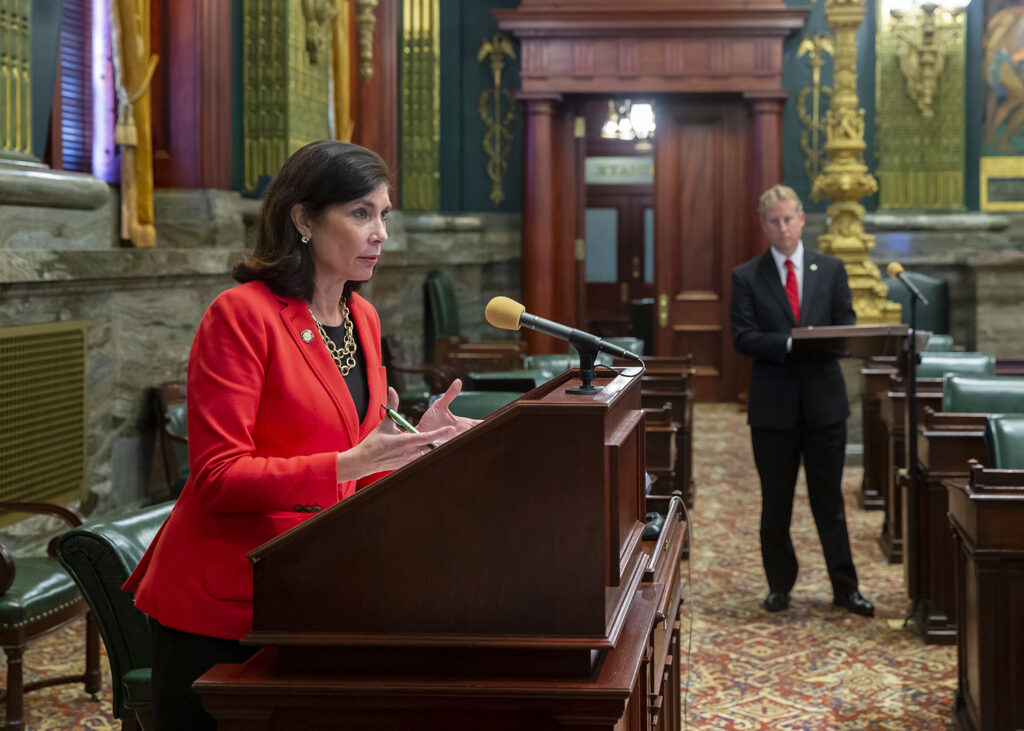 Senator Kristin Phillips-Hill (R-York), left, chairs a public hearing of the Senate Communications and Technology Committee at the state Capitol. The hearing featured testimony from the Department of Health on their forthcoming contact tracing smartphone app, as well as the ACLU and Mercatus Center at George Mason University. Senator Ryan Aument (R-Lancaster), right, participated in the public hearing.