HARRISBURG – The Senate Communications and Technology Committee advanced a proposal that will consolidate the state’s information technology under one entity and create standards to strengthen the state’s cybersecurity efforts, according to committee chair Senator Kristin Phillips-Hill (R-York).

Senate Bill 810, sponsored by Senator Phillips-Hill and Senator Ryan Aument (R-Lancaster), would establish a standalone Office of Information Technology (OIT) under the Office of Administration. The OIT would establish a strategic plan for future IT projects, manage and maintain all procurement of IT for state agencies, establish cybersecurity standards for all of state government and make recommendations for future consolidation, integration and investment.

“Our state spends over $1 billion annually in information technology-related costs,” Phillips-Hill said. “If this was a standalone state agency, it would be one of the largest in state government. This bill starts the conversation that as our state increases its reliance on technology to do the will of the people, we must prioritize and streamline its operation to ensure taxpayers are protected and the data is secure.”

“The threat of cyberattacks and data breaches is only going to grow as our society continues to rely more heavily on technology,” Aument said. “Bringing all of the state’s IT under one umbrella will ensure that the state’s digital assets are managed more efficiently and that threats can be identified and eliminated more quickly.”

Additionally, Aument offered an amendment to the bill, which was adopted, to grant the Pennsylvania State Police (PSP) statutory authority and control over the Pennsylvania Statewide Radio Network, typically referred to as “STARNet.” PSP has effectively managed STARNet since July 2012 under a management directive issued by the administration. Aument’s amendment codifies that authority in statute so that the PSP can continue their successful oversight of the network without interruption.

The committee held a public hearing on the legislation last month, which featured testimony from the state’s Chief Information Officer, as well as the Chief Information Security Officer and the Deputy Secretary for Procurement. Representative Seth Grove (R-York), who is sponsoring similar legislation in the House of Representatives, also testified.

The legislation now moves to the full Senate for its consideration. 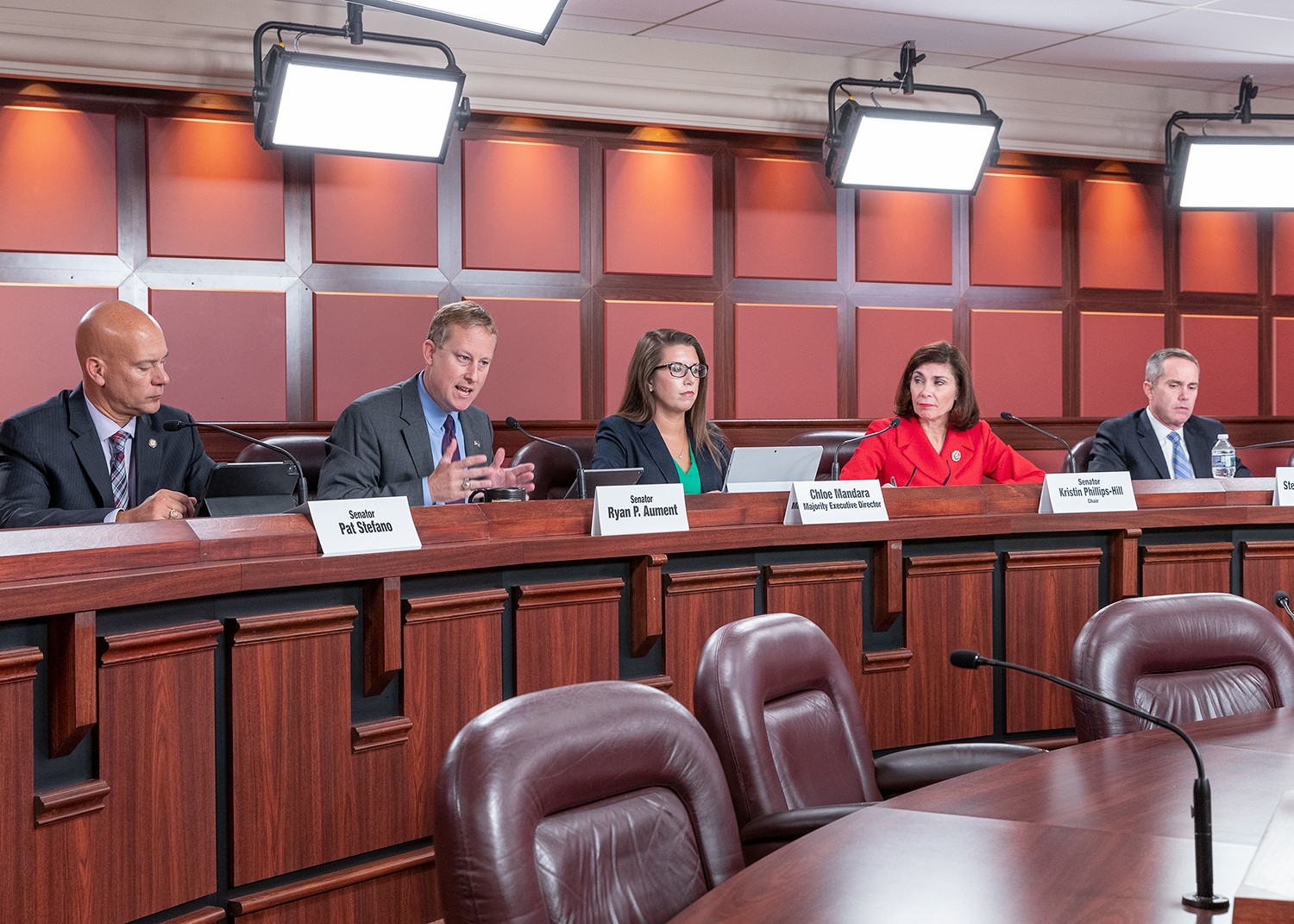 The Senate Communications and Technology Committee, chaired by Senator Kristin Phillips-Hill (R-York), holds a hearing at the state Capitol on a bill that would consolidate and strengthen the state’s IT systems.