Phillips-Hill brought her concerns forward during the hearing, which included groups involved in the 2020 census in Pennsylvania, as well as research agencies familiar with Pennsylvania’s and other states’ efforts to get a complete and accurate count of state residents. Forty-two organizations are represented on the Governor’s Census 2020 Complete Count Commission, but there is a lack of representation for rural communities, Phillips-Hill said.

“There is an opportunity to add organizations like the Center for Rural Pennsylvania and the Governor’s Office for Rural Affairs to go into more rural, least connected communities to count those people who, in the past, have been the most undercounted in Pennsylvania,” Phillips-Hill said to the Governor’s Census 2020 Complete Count Commission’s Executive Director, Norman Bristol Colón, during Monday’s hearing at the Capitol. “Among the 42 current members of the Commission, I don’t know who other than the Farm Bureau can reach out to the rural communities I represent for the upcoming census.”

The governor’s nominee said that he cannot make the decision on appointing any new stakeholders on the Census list and that it must go through the Wolf Administration.

“I am extremely concerned that the governor and the Commission have not had a conversation with the Chair of the Senate State Government Committee on this critical issue that is fast-approaching,” she added.

Phillips-Hill said counting rural parts of the state, including York County, is key as well as ensuring the data collected is protected using safeguards and procedures.

“Everyone should be counted, but I am very concerned about where we are in the process and lack of urgency to include groups who best connect with Pennsylvanians who live in rural areas,” she said following the hearing.

You can watch Senator Phillips-Hill’s line of questioning here.

You can listen to Senator Phillips-Hill’s line of questioning here. 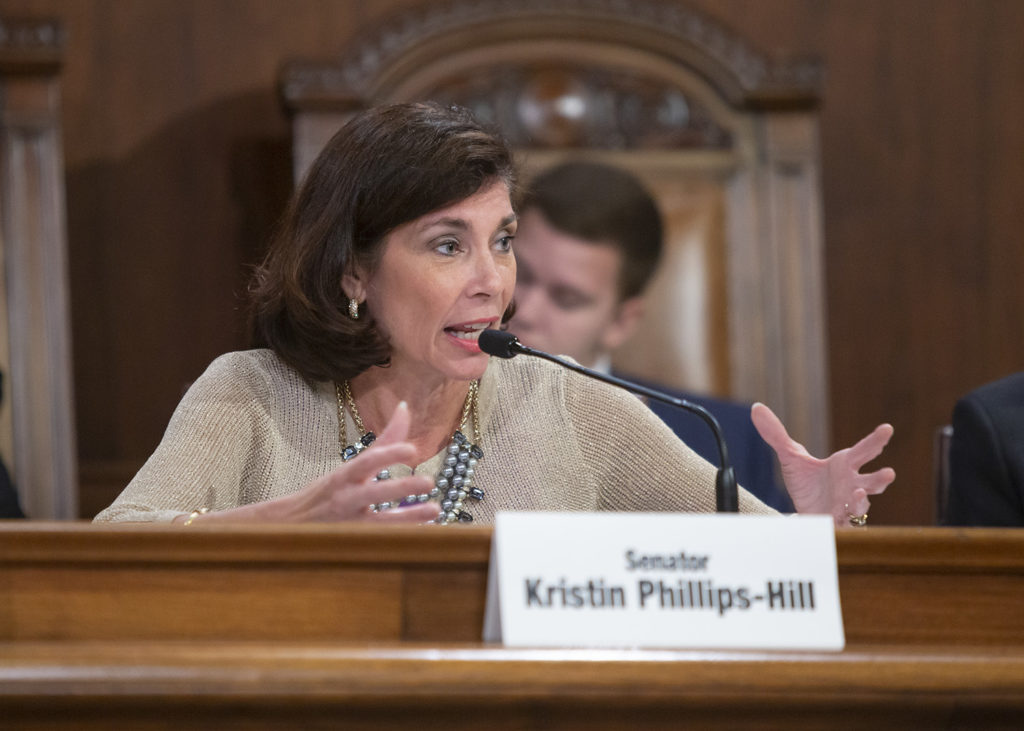 Senator Kristin Phillips-Hill (R-York) raises concerns about the 2020 Census capturing accurate data on Pennsylvanians who live in rural parts of the state during a public hearing hosted by the Senate Majority Policy Committee at the state Capitol on Monday.