HARRISBURG – The Senate of Pennsylvania gave their unanimous support to two measures this week sponsored by Senator Kristin Phillips-Hill (R-York) that provide more tools to combat the opioid epidemic.

Senate Bill 223 would allow for first responders, including EMS providers, to leave a dose of naloxone, or any lifesaving treatment drug approved by the Department of Health, with a caregiver of someone who overdosed. This legislation codifies an Executive Order issued by Governor Wolf in 2018 that allowed the lifesaving drug to be left behind with an individual who is taking care of someone who overdosed.

The legislation would give the EMS and first responders the option to provide naloxone based on their professional opinion as well as available funding.

Philips-Hill’s other measure, Senate Bill 432, would allow for Medicaid Managed Care Organizations (MCOs) to have access to the Prescription Drug Monitoring Program (PDMP), which was created back in 2014. The PDMP was originally created to limit and prevent prescription drug abuse and overuse. Providing MCOs with this information will provide greater oversight and prevent fraud, according to Phillips-Hill.

“I’m incredibly grateful for the support of my colleagues – Republicans and Democrats – as we look to fight this issue because opioid abuse affects every Senate district, every neighborhood and unfortunately, too many families both locally and across the state,” Phillips-Hill said. “We need to give every tool available to the people on the front lines of this battle, not only because the pain of losing a loved one, a friend, a coworker or a teammate is detrimental, but the societal costs of addiction are so great.”

Both measures advance to the House of Representatives for consideration.

You can listen to Senator Phillips-Hill’s remarks on her legislation here. 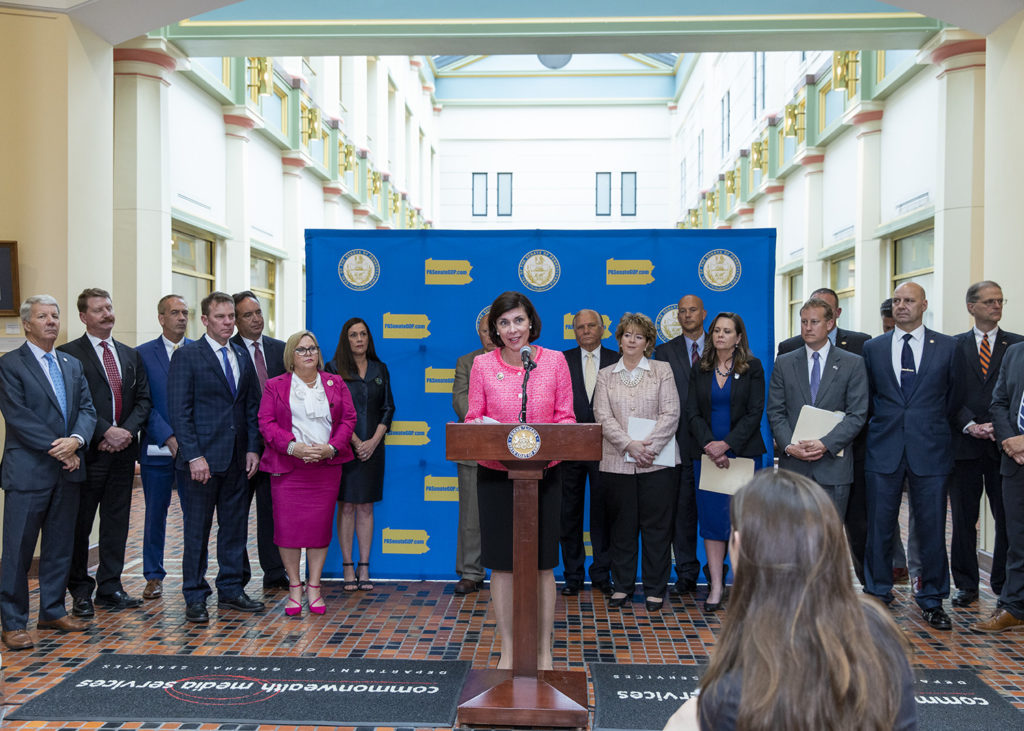 Senator Kristin Phillips-Hill (R-York) joins her Senate colleagues to outline her two proposals based off of local input and suggestions aimed at combating opioid abuse in York County and across the Commonwealth during a news conference in the East Wing Rotunda at the state Capitol on Tuesday.